Notable Achievements of Past JIC Winners

Julie Albers (cello, first prize) has been principal cellist of the St. Paul Chamber Orchestra since 2014. She is also a teacher of Zlatomir Fung (see 2015 JIC Winners). As a high school student, she was awarded the Grand Prize at the XIII International Competition for Young Musicians in Douai, France. She has performed in recital and with orchestras throughout the world. In 2001, she won second prize in Munich’s Internationalen Musikwettbewerbes der ARD, and was also awarded the Wilhelm-Weichsler-Musikpreis der Stadt Osnabruch. In 2003, she was named the first Gold Medal Laureate of South Korea’s Gyeongnam International Music Competition. She is currently active with the Albers String Trio and the Cortona Trio and is assistant professor and holds the Mary Jean and Charles Yates Cello Chair at the McDuffie Center for Strings at Mercer University in Macon, Georgia.

Denise Djokic (cello, third prize) has appeared with orchestras and as a recitalist throughout the Americas. She was a featured performer at the 2002 Grammy Awards, and her recordings have received several awards. She was the subject of a BRAVO! TV documentary entitled “Seven Days, Seven Nights” and has been a speaker at IdeaCity in Toronto and at the Queen’s Women in Leadership Conference. She was named by MacLean’s magazine as one of the top “25 Canadians who are Changing our World” and by ELLE Magazine as one of “Canada’s Most Powerful Women.”

Jessica Lee (violin, honorable mention) was the grand prize winner of the 2005 Concert Artists Guild International Competition. She has appeared in solo and chamber performances all over the world. She was a long-time member of the Johannes String Quartet, which toured with the Guarneri String Quartet in its farewell season. She was a member of the Chamber Music Society of Lincoln Center Two and has toured frequently with Musicians from Marlboro. She earned a bachelor’s degree from the Curtis Institute of Music and a master of music degree from the Juilliard School and was a faculty member at Rutgers University and Vassar College. She was named assistant concertmaster (fourth chair) of the Cleveland Orchestra in August 2016.

Mikhail Ovrutsky (violin, first prize and best performance of commissioned work) is a soloist and chamber musician. He is concertmaster of the Beethoven Orchestra and prizewinner at the 2005 Queen Elisabeth Competition. He is a recording artist with Warner Classics, Naxos, and Berlin Classics. He also been a teacher of Lara Boschkor (see 2015 JIC Winners).

Nicholas Canellakis (cello, second prize) is an active soloist and chamber musician. He is currently a member of the Lincoln Center Chamber Players. He graduated from The Curtis Institute of Music and holds a master’s degree from the New England Conservatory, where he received the Gregor Piatigorsky Award. He is on the faculty of the Manhattan School of Music Precollege Division and is adjunct assistant professor of cello at Brooklyn College Conservatory of Music. He is also a filmmaker and has produced and directed several music videos and fictional shorts and hosts a comedy Web series called “Conversations with Nick Canellakis.”

Teng Li (viola, first prize), a graduate of the Curtis Institute of Music in Philadelphia, is a soloist and recording artist and has been principal violist of the Toronto Symphony since 2004. She won top prizes at the Holland-America Music Society competitions, the Primrose International Viola Competition, the Irving M. Klein International String Competition, and the ARD International Music Competition in Munich, Germany. She was also a winner of the Astral Artistic Services 2003 National Auditions.

Stephanie Jeong (violin, best performance of commissioned work) was appointed associate concertmaster of the Chicago Symphony in 2011. Prior to joining the CSO, she was a member of the New York Philharmonic from 2010 to 2011. She won prizes at the 2008 Paganini Violin Competition in Italy, the Chicago Symphony Orchestra as winner of its Feinburg Competition, and the Philadelphia Orchestra Albert M. Greenfield Competition. She also won Aspen’s AACA Concerto Competition and the DeLay Fellowship Award. In 1997, at the age of 9, she was one of the youngest students ever accepted to the Curtis Institute of Music in Philadelphia. She received her bachelor’s degree from Curtis and completed her master’s degree at the Juilliard School.

Joel Link (violin, second prize tied) is first violinist in the Dover Quartet; the group is an Avery Fisher prizewinner.

Benjamin Beilman (violin, third prize) is a recipient of a 2012 Avery Fisher Career Grant. The award is worth $25,000 and is designed to help young musicians build their careers.

Dami Kim (violin, second prize) won fourth prize and $7,000 at the 2014 International Violin Competition of Indianapolis. In addition, she won the prize for the best performance of a Beethoven sonata. Kim tied for first place at the 2012 Joseph Joachim International Violin Competition in Hannover, Germany. She won €50,000, a three-year loan of a violin, several recitals, and a recording opportunity with Naxos.

Tessa Lark (violin, first prize) won second prize and $15,000 at the 2014 International Violin Competition of Indianapolis as well as prizes for the best performance of an Ysaye sonata and best performance of Ellen Taaffe Zwilich’s Fantasy for Solo Violin. In 2014, she was awarded a Leonore Annenberg Fellowship, providing financial assistance of $50,000 a year for up to two years. She won the 2012 Naumburg International Violin Competition, which includes awards of $10,000 and two fully subsidized New York performances.

Sang-Eun Lee (cello, first prize) won the 2014 Young Concert Artists International Auditions and first prize at the 2014 YCA Auditions in Seoul, Korea. She was also a prizewinner at the 2009 Tchaikovsky Competition for the Young.

Taeguk Mun (cello, best performance of commissioned work) won first prize and €8,000 at the 2014 Pablo Casals International Cello Competition in Budapest, Hungary. He performed the Schumann Cello Concerto in A minor with the Hungarian Radio Symphony Orchestra in the winners’ concert during the 48th Budapest International Music Competition at the Hungarian Academy of Music.

Ziyu Shen (viola, first prize) won the 2014 Young Concert Artists (YCA) International Auditions and was awarded YCA’s Sander Buchman Prize. In 2013, she won first prize viola and £7,000 at the 2013 Lionel Tertis International Viola Competition in Port Erin, Isle of Man, UK. Only 15 when she won, Shen was the youngest competitor in an event that goes up to age 30.

Lara Boschkor (violin, first prize, best performance of commissioned work) won first prize in the Tonali Violin Competition in Hamburg, Germany, which included a cash award of €10,000. She is a student in the Kronberg Academy precollege program and has had solo performances with orchestras in Europe and the United States.

Zlatomir Fung (cello, first prize) was named a 2017 U.S. Presidential Scholar for the Arts and was a prizewinner in the 2016 George Enescu International Cello Competition and the 2017 Astral Auditions. 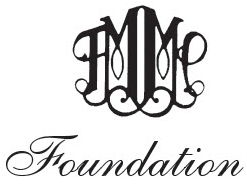